Cybercrime has kept trapping on Facebook. Cyber ​​experts say these traps are aimed at widows, vulnerable and lonely people. Being tempted to create a romantic relationship. Once they are caught in the trap, they risk being victimized by blackmail, with money being used tactically. The cheaters communicate with gifts, money, and other things. Attempts to capture various information by sending or sending phishing messages.

Facebook is trying to catch victims by spreading alluring links or scams. It is important to be aware of some of the types of frauds that have recently spread on Facebook. These scams have long been used to trick Facebook users. Now it is coming out in new ways.

A scam is most popular all over the internet. It is a fraud in the name of the Prince of Nigeria. The scam is said to have put the Nigerian prince or his family in danger now. So the country is looking to transfer money fast. Facebook users are tempted to accept that money. In exchange for this, only the cost of bringing the money is sought. Now, however, many have become aware of such frauds. This could have led to such fraud by breaking the name of a family member known to other countries than Nigeria.

You can get a link on Facebook claiming that someone in Spain is in danger of being a big moneymaker. He has been detained. He wants to send urgent money. If he helps, he will send the entire money to the Facebook user. Then he will get a share. In addition, cyber-miscreants are encouraged to send money through various temptations. Earlier in the mail, such frauds were more frequent. But now the social media has spread the deception.

Cyber ​​fraudsters can report the sale of cars through online classified ads. In addition, through social media, there are temptations to buy cars. In this case, many familiar sites can use. This type of ad is shown to buyers interested in buying a car. The money can then be used to commit fraud by using fake means. Researchers warn before buying a car online and sending money online in advance.

Don’t be thrilled to see the job advertisements for many large companies on Facebook. Before applying for a job and going to an interview, be sure to cheat. Speak about interviewing and recruiting through online chat and find out about the organization’s existence. Be careful about transactions online.

Many people want to rent by seeing pictures of beautiful homes on Facebook. But in order to rent a house, it is necessary to know the actual condition of the house. Many times on Facebook, cheaters are encouraged to buy a home with pictures of different homes. In this case, paying in advance may lead to fraud.

Many people are looking for a partner online. To exploit this opportunity, cyber-miscreants get involved. Most of the money in digital fraud has been lost in the trap of online romance. The miscreants have seized one hundred forty-three million dollars in 2018.

The miscreants make interested in contacting her by posting a beautiful girl or beautiful boy on Facebook. In many cases, charitable work can be solicited without money. Forget about such temptations are doomed.

The timeline may show that you won the lottery or won a gift on Facebook. By offering free sample samples of the link, the user is tempted to click on the link. This gift card scam is one of the fastest-growing scams on Facebook right now. Clicking on such a link will ask for personal information. Given this information, no gift is available but there is a risk of downloading malware on the computer.

Sticky news posts are available on Facebook or with rumors related to contemporary events. Many times such news is served as “breaking news”, “secret news”, “misleading” information leakage “hidden news” and so on. Most of the time it is liked by posting clever posts on Facebook. Asset analysts recommend that you refrain from clicking on the posts that you like. Clicking on news sources that you do not know about sources of news is vulnerable to malware attacks. According to the real news, cyber-robbers succeeded in their purpose by posting fake news links on Facebook.

Facebook has scams over various stars. This type of scam is 7.53 percent popular on Facebook. There are numerous scams on Facebook about Miley Cyrus, Kim Kardashian or Rihanna. Many new and old scam links can fool you. Remember, every link you get with Reiner’s sex video on Facebook is fake. So don’t click on it.

A network of ‘Secret Sisters’ identities is spreading fast on Facebook. The ‘secret sister’ identity is being used to trick women Facebook users by luring them into attractive gift packages. Facebook users may find a gift exchange message in the inbox or in the form of a newsfeed. It is said that if a gift worth $ 10 can be sent to someone by name, then there are 5 to 36 such gifts.

How to be careful?

The user must be aware to avoid being deceived by Facebook. Facebook authorities say such scams cannot be completely eradicated by cyber-malicious violence. Users need to have awareness and effort. Be aware of such clicking on a suspicious link or watching a video. Researchers say, now users are giving more importance to mobile phones because they are more likely to be targeted by the rogue. Such links are more frequent on social media sites, especially messenger links or mobile SMS. Experts at FishLab say that people now see posts on SMS and social networking sites as trusted sources.

This kind of link needs to be looked at a few times before clicking or following the instructions to avoid cyber fraud. Remember, login links from Facebook or any other service will not be sent through SMS or any other source. When a stranger sends a link, do not click on it.

10 Startups That Invest In The Brain-Computer Interface 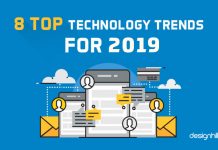